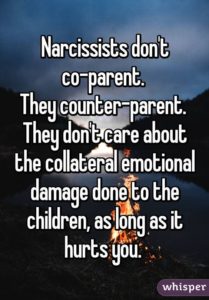 Let us see what flows from the mind through the fingers this morning.

I think I want to speak about narcissist this morning again… And oh, yes, it will touchy, touchy… but as the old saying goes – if the shoe fits, right?

For the brave ones, handing out combat boots, big girl panties, and a Madonna bra – let’s fly.

We tend to use this “description” these days towards anyone that may not fit into our well-placed boxes, those we have created for the mind, in order to understand the world around us… But before you go off and think this may be a stone casting, walk with me to see what the “hob-nobs” and the “gurus” think about this particular subject.

Definition. The hallmarks of Narcissistic Personality Disorder (NPD) are grandiosity, a lack of empathy for other people, and a need for admiration. People with this condition are frequently described as arrogant, self-centred, manipulative, and demanding.

Ah, you say – did you know that is a disorder… sadly stated by many professionals out there, they all tend to agree that it cannot be cured… I call “bull…”

You may also tell me, dear Shuveny, you have described 80% of the populace – as we all at some stage are – arrogant, self-centred, manipulative… And you right, but the difference between a bonified narcissist – and some of, we tend to “snap” out of that EMOTION and come to a realisation of understanding that what, how and who has a huge impact on the “outside” world.

People with narcissistic personality disorder believe they are superior or special, and often try to associate with other people they believe are unique or gifted in some way. This association enhances their self-esteem, which is typically quite fragile underneath the surface. Individuals with NPD seek excessive admiration and attention in order to know that others think highly of them. Individuals with narcissistic personality disorder have difficulty tolerating criticism or defeat and may be left feeling humiliated or empty when they experience an “injury” in the form of criticism or rejection.

Did you see that part of the person being quite fragile under the surface? We tend to think that this let’s say “personality disorder” comes from people with a strong self-esteem (and yes we are still on that journey!)

Narcissistic personality disorder is indicated by five or more of the following symptoms:

50 to 75 percent of the people diagnosed with narcissistic personality disorder are male. Additionally, it is common for many adolescents to display the characteristics listed above; this does not indicate that they will later develop narcissistic personality disorder. Please be aware of this – we all tend to go a little crazy growing up… but in hope rid ourselves of it. Let us not forget that we have a movement bracket – between either 50-25% can be female…

Causes of narcissistic personality disorder are not yet well-understood. Genetic and biological factors as well as environment and early life experiences are all thought to play a role in the development of this condition.

There is help – assistance with this “classed” disorder, however the person must be willing and acceptant of the fact that there may well be a cause for concern… and therein lies the challenge.

Adding some references for you – if you would want to “investigate” this disorder a little more… you know who you are – I hope this helped a little.