Speaking directly to women this morning… And guys/dudes/young men/gentlemen, you are not excluded here. Carry on reading <3 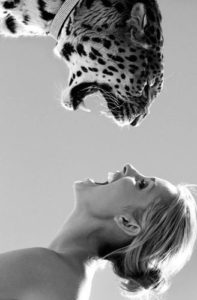 I am woman – hear me roar, right? Why do we “fight” to be in a mans world? Why do we think that a car door being opened is an insult to our person, as if we do not have hands. Why do we want to be better that the MAN?

There is only one place for the “fight” of equality, being paid, receiving the same salary at the end of the month as a male doing THE SAME job as you. Now I have been places. In a very male orientated environment, in places where the BOSS MAN referred to the female clients as “b!tches, skanks, etc… in the same positions as many others that stand to take a pee, while I sit down, and receiving a lesser amount in the end. Yeah, that is the only place where we should be working hard for equality.

Brings me back to my point this morning. Do not think for one second, that because I am a woman that I am lesser than the rest that apparently “wears the pants”. Oh hell no, actually I am more. I carried a baby that kicked inside my body, did not get any special treatment for this, actually were treated as if I had some dis-ease and needed to get rid of. Then I had to survive on lesser money because, well I had this baby. Oh, yeah – I got “time-off”, for having this baby, and spent the first 4 months with a crying, needy little human, and besides that, still had to keep the house semi clean, still had to eat, thus feed myself, still had to do the shopping, take cats to the vet, clean litter boxes, ensure that the little human had something to wear, thus doing washing…

Thank you for the spark you handed Mr. Sperm donor, the rest was up to me. After all this we return to “work”, expected to have the same amount of concentration, and not always running when the children are sick, whether it be four-legged or two, not to be tired, not be emotional… oh, yeah… that thing. But if you are anything like me, when tears actually well up, in a workplace, I have killed you a thousand times in my head, those are actually tears of anger… not because oh, I am a woman and thus a lesser being and branded “emotional”.

This is one factor – our bodies are violated, many of us suffer rape, molestation, emotional, verbal the list goes on abuse. Not only from a partner, maybe from a mother, a father… a colleague. Even sadly, a friend. We stand back and see what is now branded a narcissist, yeay, we have a label for it. As I said above, it is not only for the ladies, I know of men that have suffered the same fate, men that are broken. Men that are in touch with the duality of who and what they are… oh and then those we “brand” as spineless, softies… thinking that calling them a fag, (moffie) is a way of having them “MAN UP”.

Women, I do not “speak” politics, nor religion… but for too many years we have been branded as the weaker sex. Tell me, how many women do you know that are struggling in raising their children by themselves, holding a job, going home late at night, getting up before the chickens, doing everything in their power to “hold” the family together? And they want you to “fit” into the “mans” world… NO!

You do not belong there, you belong on your pedestal, your own crown, earned by your tears of despair, earned with your strength. EARNED.

Women – we break each other down, we are jealous, we cannot see the sun shine on another… we body-shame, we talk behind each other backs, we damage the “image” of another woman… why? Not only for the ones that sit to take a wee, men have climbed on this wagon as well.

Women – if you trace back in history, we are the healers, the nurturers, the caregivers, the homemakers, the ones that give everything we have… with little to spare for ourselves, we cry in bathrooms, wash our faces, and rise up once again… we do not show the pain… because, we are in a mans world…

Women – you are strong, do not let the world tell you anything another than this, you are not a second-handed specimen dependant on the opinion of man, society. You are beautiful, you are unique. If we tread to religion – God/dess created you to carry life.  What strength you have – how amazing are you that in your life, by choice or not, you had two heads, four arms, four legs, sometimes you were both sexes at once… step back beautiful warrior… and remember…